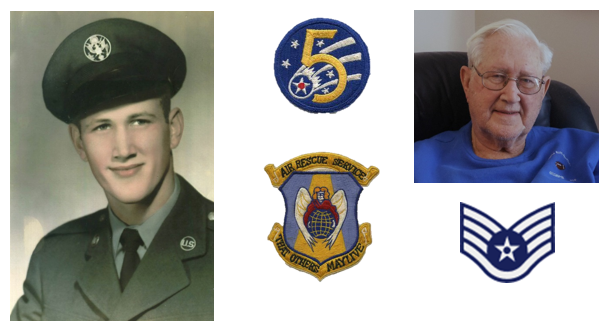 Arthur Gillespie, born in Draper North Carolina joined the US Air Force in 1951. He was trained as an Aero Medical Specialist. After training he was assigned to the 2157th Air Rescue Squadron flying as part of an H-19 rescue helicopter crew. He flew many missions, one where his crew rescued downed Jet Ace Capt. Joseph McConnell Jr. and another where Arthur’s crew themselves had to be rescued after crashing into the Yellow Sea. 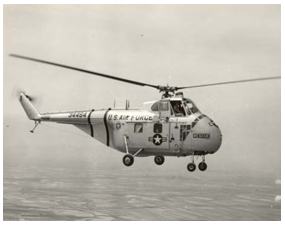 For his missions, Arthur received the Air Medal. The citation reads:

“A/1C Arthur C Gillespie distinguished himself, while assigned to 2157th Air Rescue Squadron, APO 970, by meritorious achievement as a Aero Medical Specialist while participating in aerial flight in the Korean Conflict from 7 April 1953 to 28 April 1953. Airman Gillespie flew eighteen separate and sustained rescue missions evacuating critically wounded soldiers from front line positions to rear area hospitals. He further stood cover in and unarmed and highly vulnerable aircraft to fly to the rescue of those pilots of the United Nations who may have suffered damage and were downed behind enemy lines. His effort greatly increased the chance for survival of wounded United Nations troops and thereby contributed immeasurably to the morale of the forces engaged in action against the Communist aggressor. In addition Airman Gillespie flew one supply and transportation mission requiring drop penetration over waters immediately adjacent to enemy held territory. By his courage, fortitude and desire to aid the United Nations cause, Airman Gillespie brought great credit upon himself and the United States Air Force. “

Shortly after discharge, he began working as a Pharmaceutical Sales Representative in NC.  He continued as a sales representative in GA, TN and VA and retired as a National Sales Manager for Pfizer in 1995. 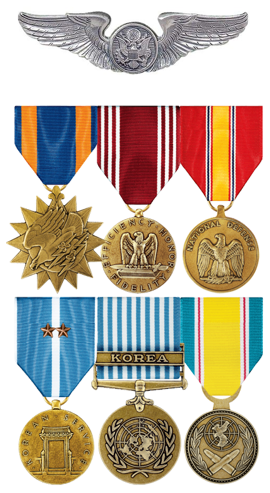