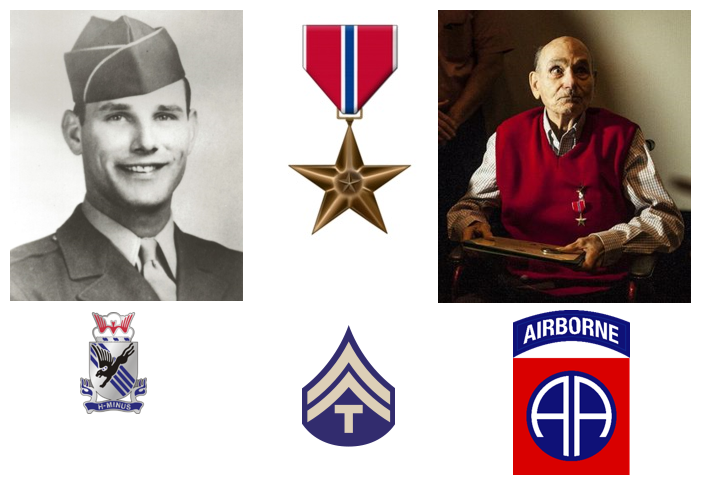 Oscar Davis was born, Cramerton NC and at age 18  (March 1943) entered the Army. He was initially assigned to the Army Air Corps, but was later reassigned back to the infantry where he as assigned to the 97th Infantry Division in Ft. Leonard Wood, Missouri and sent to San Luis Obispo, California for amphibious training. He volunteered for overseas duty and was sent to Ft Meade, MD, then shipped to Liverpool, England. Oscar signed up for 82nd Airborne Jump School at Chilton Folait, England and completed jump school in 3 weeks. Joined the 505th Parachute Regiment (PIR) in Holland (combat team of 82nd), serving under General James Gavin. Went to France and deployed to the Ardennes on Dec 15. He was wounded in Battle of the Bulge and was sent to 108th Hospital in Paris France. After therapy rejoined 505th, A CO on Rhine River. He met the Russians of Elbe River after which he returned to France, re-equipped and deployed in August to Berlin Germany for occupation duty.  In December of 1946, he deployed by way of France and England, boarded Queen Mary for return to USA. Landed in New York and paraded with 82nd on Jan 19 1946.  He was discharged at Ft Bragg NC.

After the war, Oscar returned to North Carolina and NC State where he finished his degree in textiles. He then began a long and distinguished career in the textile industry. He worked his way from loom fixer to plant manager working with Burlington Industries, Limestone Manufacturing and JP Stevens. He moved about the southeast as was typical in the textile industry.  He retired from textiles in Greenville, SC where he stayed to be near family. Oscar and his wife Rachel, of 61 years, moved to Fayetteville, NC in 2014 to be near his son.

Oscar received his overdue Bronze Star in a ceremony at the Airborne and Special Operations Museum in Fayetteville, North Carolina. The citation read:

For meritorious achievement in active ground combat against the enemy on 18 December 1944, while serving with Company A, 1st Battalion, 505th Parachute Infantry Regiment, 82d Airborne Division, in support of the All–American Division’s defense of the Ardennes Forest. Technician Fifth Grade Davis’ exemplary performance of duty in active ground combat was in keeping with the finest traditions of military service and reflects great credit upon himself, the 505th Parachute Infantry Regiment, 82d Airborne Division and the Army of the United States.

Oscar’s other awards include: 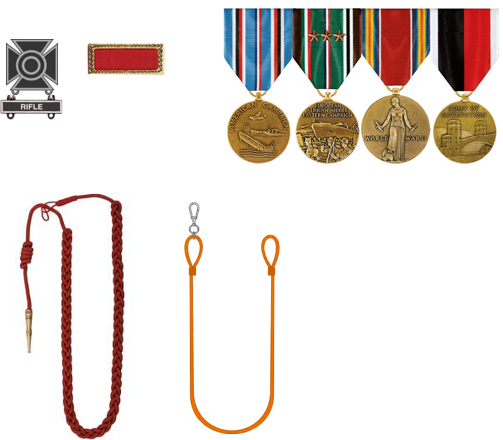