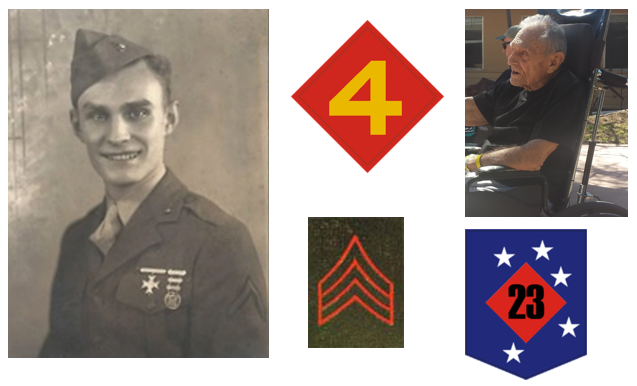 Leonard enlisted in the Marine Corps on September 15, 1942. As a Radio/Radar Repairman, Leonard was assigned to the 23rd Marine Regiment and was shipped out to the Pacific Theater of Operations. He participated against the enemy Japanese forces at the Marshal Islands as well as in Saipan and Tinian, Mariana Islands. He was honorably discharged in 1945, but re-enlisted in 1948 for an additional 2 years.

Garth was supposed to get out in 1948 but then President Truman sent him papers saying that he was recalled yet again. So he did not get out until 1952 … he was in Cherry Point NC at that time. After the Korean War he went back to NY and moved to Long Island where he was a furniture and cabinet maker, eventually owning his own business called Garth Interiors, Inc.  He lived in Hicksvillle, Long Island from 1953 until February 1983 when he decided to move to Oceanside, California near Camp Pendleton. He had fallen in love with the area when he first was there (in the Marines) in 1942!!! His wife passed away right as they were moving to California. He remarried. He often would take recruits to his home for Thanksgiving holidays. Now 93 years old, living in assisted living in Oceanside and once a month the facility has a “Dinner with the Marines” night which he enjoys very much.

Leonard’s awards include the: 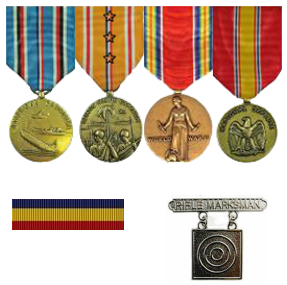