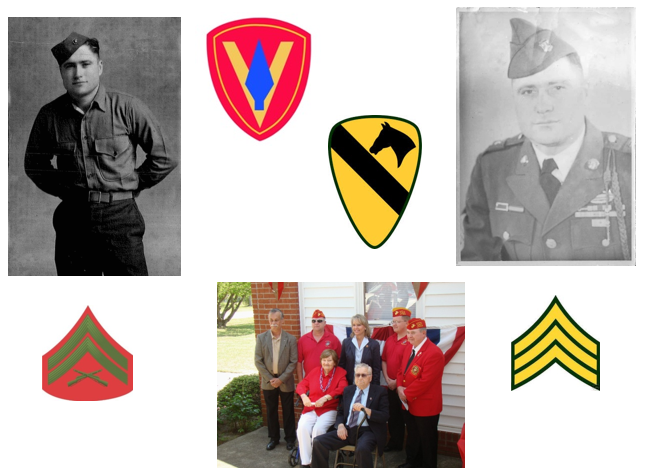 Wade Guy served with the 5th Marine Division, 27th Marines, 2d Battalion, Company E during WWII. After the war he enlisted in the Army completing the remainder of his 22 ½ years of military service, most notably with the 1st Cavalry Division, 5th Cavalry Regiment during the Korea War. Guy did not receive all the awards he was due. He finally received at a ceremony at his home. Members of the Marine Corps League was in attendance as was Congresswomen Renee Ellmers.