The 1st Infantry’s history dates back to the 1st Virginia Infantry where on 1 July 1861 was mustered into Confederate service at Manassas.  The 1st was consolidated on 4 October 1917 with the 2d (organized 3 November 1741) and 4th (organized 29 August 1882) Infantry to form the 116th Infantry, an element of the 29th Division. Unit records and Roy’s records indicated that he was “gassed” during one of the many battle engagements with the enemy while in France and therefore eligible for the Purple Heart. His son accepted the award for his father.

It was also discovered that Roy Treadway also participated in the Mexican Expedition, also known as the Punitive Expedition or Border War. An increasing number of border incidents early in 1916 culminated in an invasion of American territory on 8 March, when Francisco (Pancho) Villa and his band of 500 to 1,000 men raided Columbus, New Mexico. Elements of the 13th Cavalry repulsed the attack, but there were 24 American casualties (14 military, 10 civilian). Immediate steps were taken to organize a punitive expedition of about 10,000 men under Brig. Gen. John J. Pershing to capture Villa. The 7th, 10th, 11th, and 13th Cavalry regiments, 6th and 16th Infantry regiments, part of the 6th Field Artillery, and supporting elements crossed the border into Mexico in mid-March, followed later by the 5th Cavalry, 17th and 24th Infantry regiments, and engineer and other units. Pershing was subject to orders which required him to respect the sovereignty of Mexico, and was further hindered by the fact that the Mexican Government and people resented the invasion. Advanced elements of the expedition penetrated as far as Parral, some 400 miles south of the border, but Villa was never captured. The campaign consisted primarily of dozens of minor skirmishes with small bands of insurgents. There were even clashes with Mexican Army units; the most serious was on 21 June 1916 at Carrizal, where a detachment of the 10th Cavalry was nearly destroyed. War would probably have been declared but for the critical situation in Europe. Even so, virtually the entire Regular Army was involved, and most of the National Guard had been Federalized and concentrated on the border before the end of the affair. Normal relations with Mexico were restored eventually by diplomatic negotiation, and the troops were withdrawn from Mexico in February 1917. 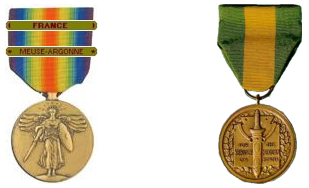